The B permit or “autorisation de séjour” is a multi-faceted residency and work permit delivered for specific reasons such as: skilled non-EU workers, EU-27/EFTA workers or residents, family reunification and retirees over 55  (art. 33 al. 2 LEI).

Applying for a B permit or “autorisation de séjour” in Switzerland starts with the cantonal immigration authorities in charge of examining each application according to the law on Foreigners and Integration (LEI) and the “Ordonnance relative à l’admission, au séjour et à l’exercice d’une activité lucrative” (OASA).

For non-EU citizens, once cantonal authorities have assessed and approved the application, it is sent to the SEM (Secrétariat d’Etat aux Migrations) in Bern to be examined on a federal level for a final decision.

Different types of procedures and conditions exist, depending on the purpose of your stay in Switzerland. Those are described below. Some exceptional cases can also be applied in derogation to these procedures for people who are particularly well integrated. 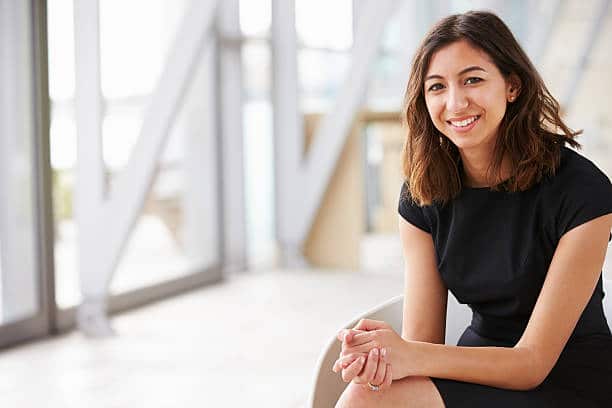 NB: After 5 years of residency in Switzerland holding a B permit, the fast-tracked C permit or “permit C anticipé” can in some cases be requested, if the applicant fulfills the integration requirements (art. 34 al. 4 LEI). After 10 years of residency in Switzerland, a C permit  holder is allowed to apply for Swiss citizenship if the conditions are met.

If you are a European citizen from a member country of the European Free Trade Association (EFTA), the process is relatively straightforward. You are allowed to come to Switzerland and look for a job for a period of 3 months without holding an authorization. However, you must declare your arrival to the authorities within 14 days. If your work contract is temporary and for less than a year, you will be granted an L permit (short-term). If the contract goes over a year or has an indefinite term, you will be granted a B permit.

It is your employer who applies for your permit, after having proved that no one else on the European and Swiss job market matched the advertised position (art. 21 LEI). You must wait until the application has been approved before being able to travel to Switzerland to start working. The process can take up to 6 months. Your application is evaluated by cantonal work authorities before being sent to the SEM in Bern for a final decision.

A business plan and proof that business is registered in the canton are required to start an independant activity. Proof of sufficient funds is also required.

For non-EU citizens, obtaining a B permit for an independent activity is challenging. The business must have a strong economic interest for Switzerland and the applicant must prove that is presence is required on a long-term basis to operate the business. Proof of sufficient financial means will be required as well as a solid business plan showing that the business will be financially sustainable and employ local staff (art. 19 LEI).

Retirees over the age of 55 can apply for a B residency permit under certain conditions (art. 28 LEI). Non-EU retirees must have ceased all working activities and hold sufficient funds to cover their costs and medical insurance in Switzerland. Retirees must be able to demonstrate strong ties with Switzerland and prove that they have spent previous time in the country such as repeated holidays or family visits before being able to settle in the country. Basic knowledge of the language spoken in the canton of domicile is also required.

Lump-sum taxation, also known as expenditure-based taxation, is a simplified taxation system through which the taxpayer’s taxes are based on their spending and not on their revenues. The tax is calculated on the basis of the taxpayers’ total annual costs of living in Switzerland and abroad, for themselves and their dependents.

To benefit from lump-sum taxation, the fist condition is that the taxpayer is a foreign national and will not work while living in Switzerland. For non-European citizens, obtaining a residence permit relies on proving they will bring an economic or fiscal interest to their canton of domicile. This explains why the minimum value on the basis of which their taxes are calculated is higher than that for European citizens, who benefit of the agreement on the freedom of movement to obtain a Swiss residency permit.

Secondly, the taxpayer must have their tax domicile in Switzerland for the first time or after a ten-year absence from the country.

Other than managing their assets, the taxpayer cannot not be gainfully employed in Switzerland or be registered as the director of a company in Switzerland.

Family reunification forms  a large category of B permit holders in Switzerland. Spouses and children of a Swiss citizen or a C permit holder have the right to obtain a B permit to be able to live reunited as long as the family will be living at the same address (art. 42 and 43 LEI). Children under the age of 12 automatically obtain a C permit (art. 42 al. 4 LEI).

Spouses and family members of a B permit holder can also apply for a family reunification procedure but under certain conditions. First, the housing arrangement must be spacious enough to house the applicants, the family must be living under the same roof and the main B permit holder must not be relying on social support (“Hospice général”) and be financially independent (art. 44 LEI).

Family reunification can be requested within 5 years from the moment the main applicant arrives in Switzerland or from the birth of the child. For children above the age of 12, it should be requested within 12 months of arrival (art. 47 LEI). A long-term visa must sometimes be requested at the Swiss consulate of the applicant’s country of residence allowing the family members to enter Switzerland and wait for the permit to be prepared. As of 2019, the law requires all B permit holders to be able to speak the language of their canton (A1 level or higher depending on the canton) when renewing their permit (art. 58a al. 3). The language certificate will have to be provided as part of the renewal documents.

Students must obtain a temporary B permit in order to follow a university degree or postgraduate training (art. 27 LEI).  The enrolment confirmation will be required, the proof that they have sufficient funds to cover their costs and medical insurance during their studies or a letter from a guarantor and the copy of their rental lease or the confirmation letter of the sub-letter. Students must also prove that they have the academic level required for the program. Usually, students must be less than 30 years old to obtain a permit.

The non-EU student who has terminated his programme at a Swiss recognized university has the opportunity to search for a qualified position matching his studies in Switzerland during a period of six months (Initiative Neyrinck). During that period, the future employer will have the right to hire this non-EU student without having to go through the priority process (Directives LEI 2021).

We offer immigration services and handle your permit application on your behalf, book your appointment online!