Where to complain, which law applies to your case?

Generally, in Switzerland, the organization of the court system is subject to Cantonal laws. In Geneva, laws institute a specialized Labor Court (“Tribunal des prud’-hommes”) which has jurisdiction to rule on employer-employee disputes arising out of a private law employment contract.

In case of a dispute, the competent court is either the court of the domicile/headquarters of the defendant or, alternatively, those of the place where the employee usually works. The Swiss Civil Procedure Code indicates that those legal forums are mandatory, which means that an employee can’t validly agree to modify them before the dispute arises.

An employment contract is deemed to be “international” (ie. not involving Switzerland only) when it contains a foreign element such as the nationality of the parties or the working place. To determine whether Swiss courts are competent or not, the following rules apply.

In case of an international dispute involving members of the Lugano Convention*, the principle is almost identical to what applies to Swiss conflicts. Indeed, the Convention provides for the same alternative forums. In other words, for Swiss courts to be competent, Switzerland has to be either the place where the employee usually works or where the domicile/headquarters of the defendant is/are located. Again, the forums are considered as mandatory; a modification only is available if made after the dispute arose or if the modification allows the employee to complain in front of other courts rather than those previously listed.

For example, if a Swiss employer wants to sue one of his/her cross-border workers, he/she must be aware that this can only be done at the worker’s domicile (ie. outside Switzerland).

In case of an international dispute not involving members of the Lugano Convention, rules are also similar. The specificity is that, in case of a complaint emanating from the employee, the action can additionally be undertaken in front of the courts of his/her domicile/habitual residency. This forum is not mandatory.

* A list of Lugano Convention member States can be found here.

WHAT ARE THE FIRST STEPS?

A request should first be addressed to the Tribunal Registry. The request and the parties have to be exhaustively described. If the amount in dispute is higher than CHF 30 000.-, more information regarding facts and evidence have to be provided.

Conciliatory hearing is the first mandatory step. The Labor Court judge will try to bring a transactional agreement between the parties, prior to initiating a formal litigation. Parties may or not be represented by a lawyer. Those hearings shall be held within two months.

The conciliatory authority might, based on a request issued by the plaintiff, and when the disputed value doesn’t exceed CHF 2000.-, render a decision equivalent to a real judgment.

If the previous conditions aren’t fulfilled, the conciliatory authority will render a “draft judgment”, not binding unless accepted by both parties. The employer and the employee can oppose the decision within 20 days if it doesn’t suit their interests. Otherwise, the decision will take full effect after the expiry of that waiting period.

If a party opposes the decision, the conciliatory authority will issue to the plaintiff an “authorization to proceed”, allowing the latter to bring the case in front of the Labor Court within 3 months.

NB: If the amount in dispute doesn’t exceed CHF 30 000.-, a simple and expeditious procedure will apply. No court fees or expenses will be charged to the parties. Additionally, the court will establish the facts and appraise the evidence at its entire discretion. 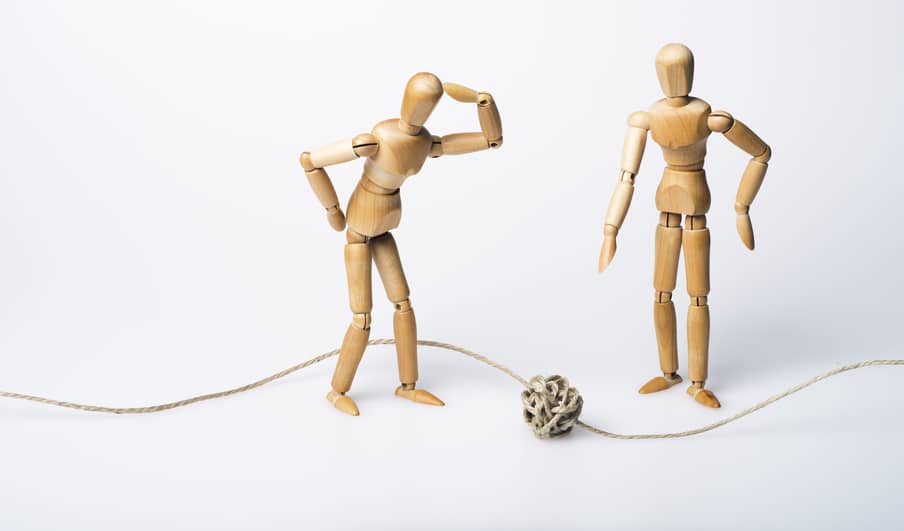 HOW TO APPEAL AGAINST THE DECISION?

Appeals against judgments rendered by the Labor Court have to be brought to the Labor Chamber of the Court of Justice within 30 days.

If the disputed value is higher than CHF 15 000.- or if the case raises an important issue of principle, the Labor Chamber’s decision might be challenged in front of the Federal Court, following a “civil appeal” procedure.

If the disputed value is below CHF 15 000.-, only a “subsidiary constitutional appeal” can be brought in front of the Federal Court; the Court only will annul the cantonal decision if it notices a violation of constitutional rights.

HOW MUCH DOES IT COST?

In Geneva, the conciliation procedure is free of charge for the parties, no matter what the amount in dispute is.

The judicial procedure in front of the Labor Court is free for cases in which the amount in dispute is below or equal to CHF 75 000.-.

The appeal procedure is also free for cases in which the amount in dispute is below or equal to CHF 50 000.-.