Is there a statutory minimum wage in Switzerland?

Under Swiss law, there is no legal federal minimum wage. The salary largely depends on the individual’s employment contract. However, some cantons (Geneva, Jura, Neuchâtel and Tessin) have decided to implement legal cantonal minimum wages. The minimum wage in Geneva, for example, is of CHF 23,27 per hour.

Some “collective conventions” or “standard employment contracts”, mainly concluded between employers’ associations and labor unions of a specific occupational sector, provide a mandatory minimum wage for a category of employees. When such norms apply, parties are only allowed to derogate in favor of the employee. The salary in these conventions mustn’t be lower than a potential legal minimum wage in the canton.

Any amendment regarding the salary has to be approved by both parties and will only apply for future performances, not retrospectively. The fact that an employer modifies his/her employee’s salary without his/her consent is considered as a partial breach of the employment contract. It’s important for the employee to explicitly oppose any modification of salary as soon as he/she notices it. Otherwise, it can easily be concluded that he/she has tacitly accepted the changes (TF 4A_608/2009, February 2nd, 2010).

In case the amount of the salary is not specified within the contract itself, it will be objectively determined based on the standard remuneration applied in the professional field at stake. 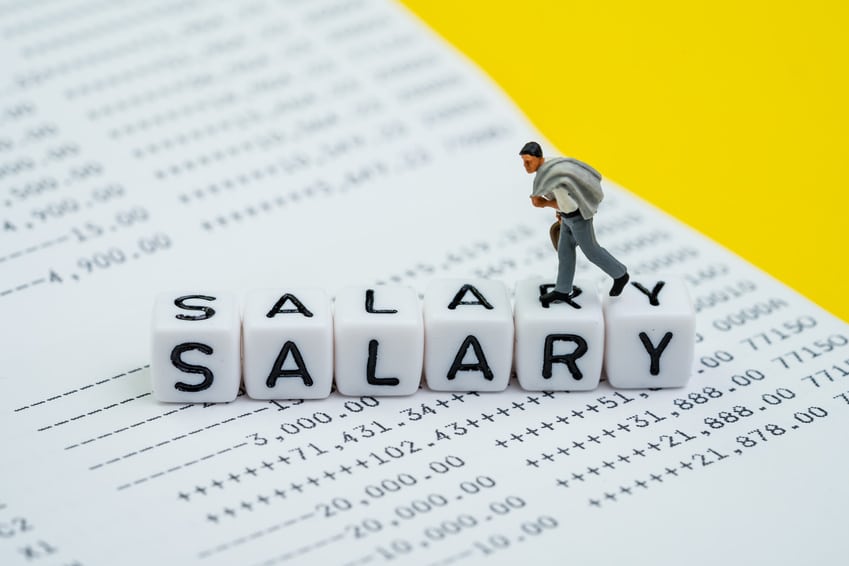 The Gender Equality Act imposes the equal work/equal pay principle. If a simple likelihood of discrimination can be supported by evidences, different legal paths can be followed. Mainly, the payment of the owed wage (ie. the difference between the effectively received salary and the non-discriminatory salary that was supposed to be payed retrospectively for a time limit of 5 years) can be requested.

In case a working relationship lasted 3 months or more (or has been concluded for such a period) and if the employee is, through no fault of his own, unable to perform due to causes inherent to his/her person, such as an accident, illness, pregnancy, or the accomplishment of a public function/legal obligation (eg. military service or even the duty to provide for the needs of a sick dependent child), the basic regime applies (in case the contract doesn’t provide any other information ; 324a CO).

This means that the employer shall pay the employee’s salary for a certain period depending on how long the working relationship lasted. This period is based on the “échelle de Berne” in french speaking cantons and is of :

Alternatively, the employer may conclude, as it is very often the case, an insurance for maintaining salary payments, as long as such a solution is at least as beneficial to the employee as the statutory rules previously described.

To be considered as equivalent to the statutory provisions, such insurance should cover at least 80% of the employee’s salary during a period of 720 days, whereby no payment is owed for the first three days of an illness. Under these conditions, the employer must pay at least half of the insurance premiums.

If your employer doesn’t pay you the due amount, you can provide him/her a formal notice by suspending your work performance in order to push him/her to react.

This path can be taken in situations where your employer refuses your performance, precludes you to accomplish it by not making available key working tools (and also in cases of non-respect of his duty of care regarding the employee s’ health and security). This can be done even if your employer is not at fault since he/she has to entirely undertake the economic and commercial risks of his/her activity.

The notice should be sent by registered mail, for evidences matters. You should also clearly indicate your ability to perform as soon as your salary will be paid; to avoid being accused of abandoning your position.