A healthy work environment: a key to success for any business

When troublemakers adopt detrimental behavior threatening a good working atmosphere and the employee’s self esteem, some actions can and should be taken in order to reestablish them under personhood law (ie. a field of law that specifically protects a person’s physical and psychological integrity, privacy, reputation and health).

Mobbing (ie. psychological harassment), as defined by the Federal Court, consists in a series of frequently, long lasting and repeated abusive acts or comments coming from a person/group of people aiming to isolate, marginalize, if not exclude, a person from his/her workplace (TF 8C.41/2017, §3.5., December 21st 2017).

Mobbing has a serious negative impact on health and can destroy a person’s self-confidence and ability to reintegrate the workforce. The psychological and physical impact of mobbing has long-term consequences often leading to depression. Victims of mobbing usually show later syndromes of post-traumatic stress where they continuously live the events and often experience insomnia, lack of appetite, difficulty in focusing and mood swings.

Cases of mobbing in large international organizations happen too often without being reported for fear of losing jobs and consequently work permits and rights to stay in Switzerland. However, mobbing under Swiss law is considered a serious abuse and must be reported.

The whole situation has to be taken into account while assessing the case; one negative comment taken alone can sometimes be acceptable, while the bigger picture might constitute a case of mobbing. What is determinant is the effect of this behavior on the victim’s person and health (TF 8C.41/2017, §3.6.2.).

A case of mobbing cannot simply be deducted from an existing conflict between colleagues or a negative atmosphere at the workplace (TF, 8C.41/2017, §3.5.).

For example, the Federal Court admitted mobbing in those two following cases:

Sexual harassment is defined by the law (art. 4 LEg) as discriminatory behavior, unwanted (from the victim perspective), sexist (ie. of a sexual nature or based on sexual characteristics) that wounds the dignity of the person at his/her workplace (ex. in the buildings, during the coffee break etc.). 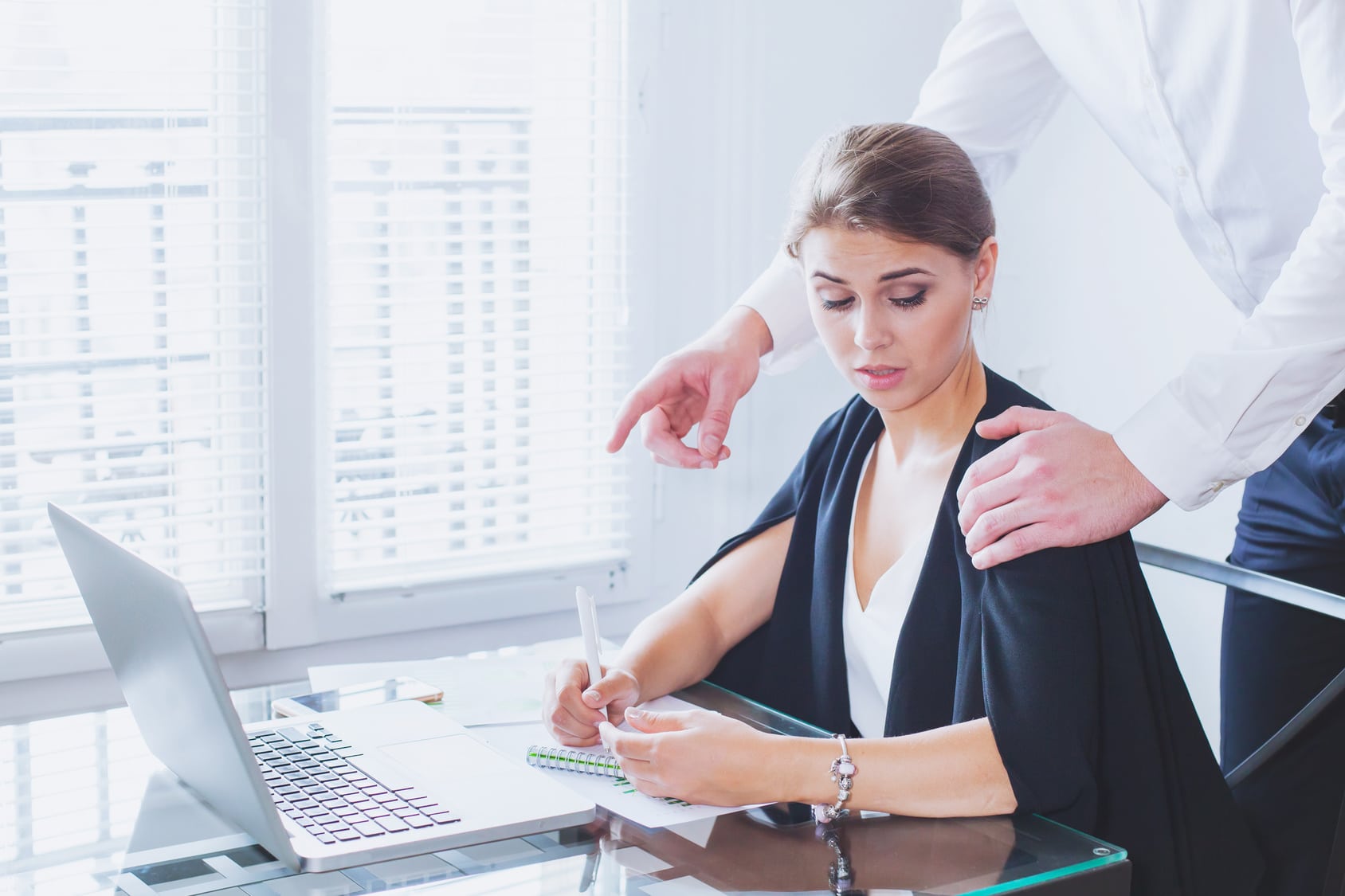 The law mainly targets the following acts: threats, promises of certain advantages, coercion or other types of pressures towards a person in order to obtain special sexual treatments from him/her, contributing to a bad working atmosphere (art. 4 LEg).

A list of other examples is also available here.

When it comes to sexist statements, only those able to negatively impact the person’s professional career or those not helping her/him maintain a certain level of credibility at his/her workplace can be qualified a sexual harassment (TF 4C.276/2004, §3.2., October 12th 2004).

Despite the fear of losing your job (and, consequently, permits and right to stay in Switzerland), this type of behavior should not be tolerated at all. Fast-paced and effective actions can be taken.

The first step is to urgently report the situation to your superior or to the HR department.

If no concrete action is taken by your employer to put a stop to this situation, you can report the case to the cantonal Labor Inspectorate, which will summon the company’s management staff to comply with its duty to protect its employees’ personhood (ie. to prevent and put a stop to any type of harassment).

You can also suspend your work performance and give your employer a formal notice in order to push him/her to respect his/her duty of care. Nonetheless, this path should only be followed when a violation of such a duty is clear and obvious. This will save you from being accused of abandoning your position. It could be useful in case you expressively complained about the situation and obtained strictly no reaction.

If you want to, you can also resign with immediate effect; repeated harmful behavior can constitute a sufficient ground to do so, this will also give you the right to obtain a specific indemnity (art. 337b CO).

• You might seek for the prevention of imminent harm or an injunction to stop a current one.

• In addition, you might ask for damages directly from the author of the harassment or from your employer (with respect to his previously mentioned duty of care). Moral damages might also be asked for if the case is of serious importance and if the author did not already compensate the victim by any other means.

• A specific indemnity can be sought in case of sexual harassment. Its amount can be up to six months’ salary payment, based on the average salary in Switzerland.

• If any criminal offence took place (ex. rape or physical harm), the complaint should directly be addressed to the Public Prosecutor.

Evidence of such conduct might really be hard to collect. A case can be constituted if the combination of few element creates a preponderant likelihood of such a psychological or sexual harassment. For instance, testimonies from colleagues or medical certificates can provide a valuable support to your arguments.

If, due to some kind of harassment, you take sick leave (supported by a medical certificate), your employer is not allowed to terminate your contract during a certain protected period, depending on how long your working relationship lasted.

The legal protection is of:

• 30 days maximum during the first year of employment;

• 90 days from the second to the firth year (included) of employment;

• up to 180 days from the sixth year of employment.

After the period of protection, it is generally the employer’s loss of earnings insurance that covers from 80 to 100% of the employee’s salary, up to 720 days if the sick leave is extended until then (ATF 127 III 318).

If you receive a termination notice during the period of protection, the law considers the notice as void.

The employer will have to wait until you are back at work (ie. once the period of protection has ended) to be able to issue such a termination notice.

If you voluntarily resign under the pressure of repeated conflicts, the period of protection does not apply and it could be difficult to ask for indemnities. However, any evidence of abusive behavior will constitute a key element to support the case. This could be personal notes resuming the events, emails or any correspondence being exchanged, a witness testimony or even medical certificates.

In other words, if, respecting the procedure, you tried to complain about your uncomfortable situation at work and received a termination notice, it might be presumed that the latter was solely based on your claim. Nonetheless, the fact that this was the employer’s decisive motivation to terminate the contract will have to be demonstrated (TF 4C.60/2006, §7.1., May 22nd 2006).

In that case, you should contest the termination before the end of the notice period. To do so, you simply have to send a letter to your employer without specifying any reason. If no satisfactory answer is given to you, you can follow paths detailled here.